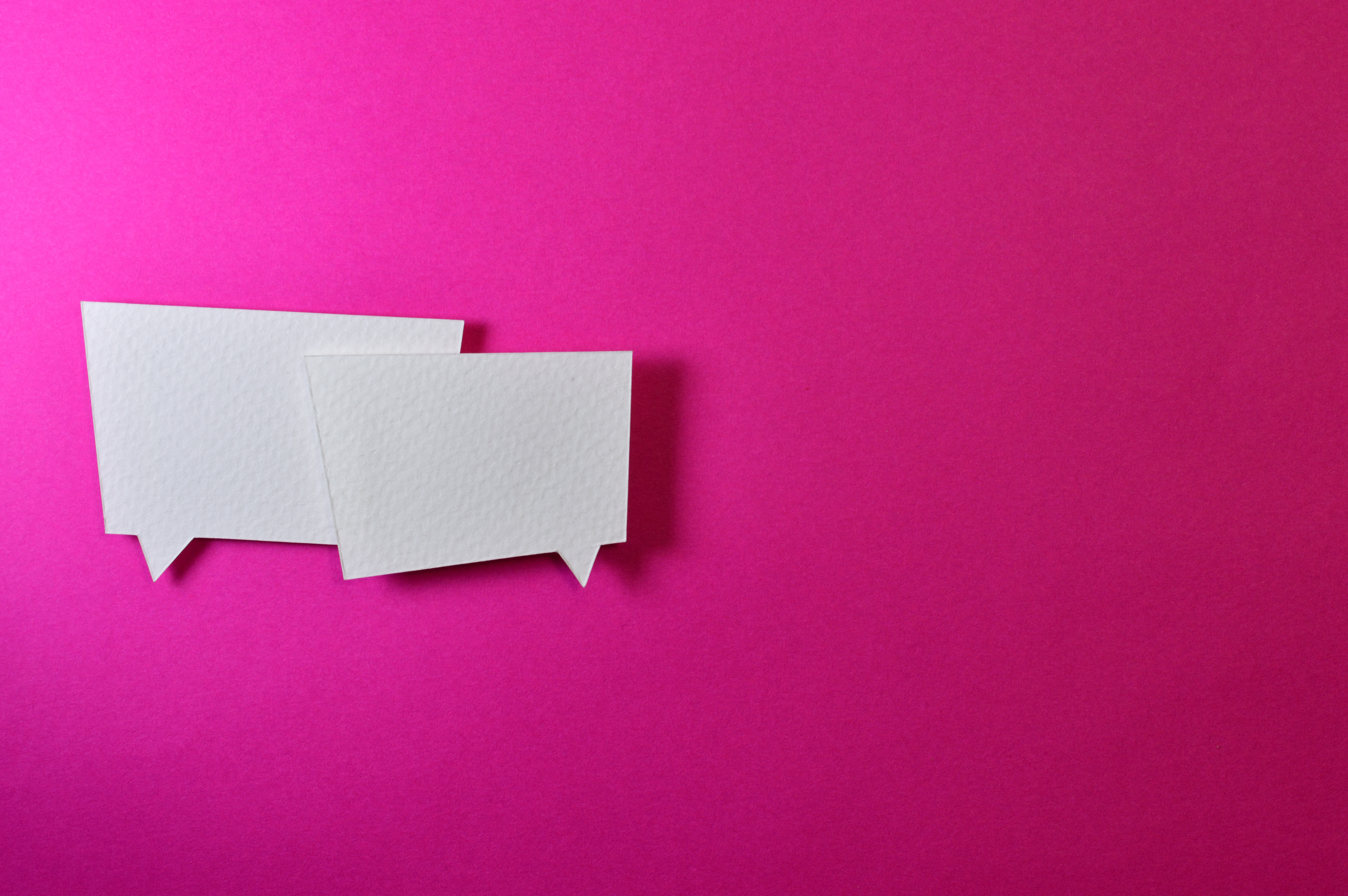 Welcome back, and thank you for joining me again. It does mean a lot to me that you are here, and it’s also very important to me that you find each episode interesting and valuable. .. So I’d like to mention to you that if you’re just now joining in as a listener, and you’ve not yet heard any of the previous episodes, you might not fully recognize all the references as we go forward. So I hope you’ll consider listening to this podcast in order of the release dates. That way you can get the most out of it. You’ll also be more likely to answer the questions that I regularly pose in my opening comments. …Today’s question about a previous episode ‘flows’ perfectly into our next subject matter. Listen to this sound, and think of how it relates to episode #1, ‘A Place to Begin’. Once you’ve determined what the sound is, then think about the name of the group associated with it, and whether or not you might read anything else into that name. Please leave your comments under this episode listing on mappingthemedium.com. .. OK. Here’s the sound. … (STREAM) …….. It sounds like a nice place to be, doesn’t it?  …. In addition to mappingthemedium.com, where I can read your comments and we can correspond dialogically, I also have a blog site, where I will soon be posting all of the transcripts from this podcast. You can find it at culturalmetapatterns (that’s all one word, no dots or underscores), culturalmetapatterns.com. You’re welcome to post your comments there as well. I do hope you’ll check it out. . …. Ok. Now let’s move on to ‘Do You Hear What I Hear?’.

Here now is another sound for us to consider….

Ah… If you listened to episode #2, ‘The Traveler and The Road’, you probably recognize my reference and reason for using this sound. We know it as the traveler leaving the scene, after no one responded to his ‘keeping his word’. So in this sound of ‘plunging hooves’, we might hear resolve, perhaps frustration, or even determination, to get past it and move forward. …. We can understand this sound reference only because we associate it with the last episode of this podcast. But what if we considered this same sound under a different context? Such as the American Indian Wars, the Scottish Border Reivers during the 16th century, or even ‘The Legend of Sleepy Hollow’? Whether it’s a sound, a smell, a color, a pattern, or the combination of all of these wrapped up into human being’s spoken or written shorthand, that being a word,… (For instance, the word ‘sizzle’ immediately makes most people think of the sound, sight, smell, and color of frying bacon). … This all leads us to ask the question, “What is it in our perception that elicits an immediate understanding and cognitive ‘mapping’ of the meaning that lies behind these separate or combined stimuli?

To understand and answer this question, we need to explore the work of a fascinating individual. … Charles Sanders Peirce. For ease of your research, his last name is spelled P-e-i-r-c-e, but pronounced ‘Purse’, like a lady’s handbag. He was a brilliant and deeply profound American philosopher, scientist, mathematician, and first and foremost, an astounding logician, in the late 19th and early 20th centuries. Because he was so far ahead of his time, and his insights were not easily understood by the academic culture of his day, his ability to obtain tenured employment was severely hindered, resulting in a very difficult life of poverty in his older years. In spite of that, he continued to spend his time working on his system of thought, documenting his insights, lecturing when he could, and submitting papers to philosophical and scientific journals. We are very fortunate that his wife saved his extensive volumes of work, later donating them to academia. Even though Peirce was overshadowed during his lifetime and little known for many years following his death, many scholars today regard him as America’s most brilliant logician and one of the world’s greatest philosophers. If you are not familiar with him, I strongly encourage to learn more about this brilliant man’s mind. Of his many contributions, and there are so many that scholars around the world are finding extremely valuable, one of his most well-known is ‘semiotics’, which is the ‘philosophical study of signs’. The term derives from the Greek version of the word meaning “observant of signs”, and it was first used in English prior to 1676 by physician, writer, and scholar, Henry Stubbes, to denote the branch of medical science relating to the interpretation of signs. English philosopher and physician, John Locke, later used the term in book 4 chapter 21 of ‘An Essay Concerning Human Understanding”. .. Charles Peirce’s work on semiotics, however, proposed extensive definitions of the signs, and he understood them as the building blocks of inference. Stop for just a moment here and think about how you ‘inferred’ the meanings behind the sounds of the stream and the horse hooves as you associated them with previous episodes of this podcast. .. We will certainly explore in more depth Peirce’s definitions and the building blocks of inference as further opportunities arise in this podcast’s future, but for now we will just start with understanding these three types of how a sign stands for its denoted object; whether as an icon, an index, or a symbol, and how these might be considered in relation to sounds that cause us to ‘infer’ and reach conclusions that map our understanding as we interact with others and the world around us.   … An icon is a sign that refers through similarity to its object. Some examples of an icon are a portrait, or a diagram, such as a portrait of Jesus or a diagram of a human heart.   … An index is a sign that refers through factual connection to its object. For example, where there’s smoke there’s fire, or footprints in the sand indicating that a person had been there. .  … And a symbol is a sign that refers to its object through interpretive habit or norm. Some examples of a symbol would be a crucifix, the Star of David, or a peace sign. If you were an alien from outer space, a crucifix, Star of David, or a peace sign might only look to you like lines drawn in a particular arrangement. The meanings they hold are relative only to cultural conventions.

What all of these types of signs have in common is that they are all relative to a person’s experience, and how those building blocks of inference have shaped the cognitive mapping in an individual’s mind as an ‘extension’ of the person’s culture. To reference Gregory Bateson again, you may think you’re thinking your own thoughts, but you’re not. You’re thinking your culture’s thoughts. Biology and the understanding of emergence, process, and relational dynamics is quite clear on the matter of ‘thought and extension’. There is no detached individual, and it is through our observance of ‘otherness’ that we develop a sense of ‘self’ in relation to that which is ‘not self’. Sign observance is inference processing of the otherness that is the medium we are navigating, and it is how we orient what we know of ‘self’, and recognize that among others we too are alive. It is the mechanism by which everything is born, interacts, grows, and dies. In essence it is biological dialogue… that begins simply and develops into more complex systems. In human beings it has reached the level of complexity that has become language. This being the reason dialogue is so crucial to a healthy society. … And by written word, one human being can express and communicate to another human being the types of signs that are icon, index, and symbol into a quick to communicate package consisting of only a few letters. The power in that can have much more impact than we often realize, and can be either nurturing or destructive.  … So it was that, in the beginning, there really was the Word, as in ‘sign’, and creation cannot exist without semiosis. It is an innate aspect of our being. Charles Peirce held that “The entire universe is perfused with signs, if it is not composed exclusively of signs.” Semiotic causality is what we cognitively experience as the flowing, universal momentum of cause and effect determinism. And as Mikhail Bakhtin said, “The better a person understands his determinism (his thingness), the closer he is to understanding and realizing his true freedom.”   … When we realize that what we ‘think’ is our individual mind when we hear, read, or encounter something with our senses, is actually inferences we make based on cognitive, semiotic cause and effect scaffolding within our own mind (and that of other minds that by way of extension we have incorporated into our own), we can better understand how our expressions and reactions are then received by others, ultimately creating a more responsible culture.

So as we once again listen to the horse hooves as the traveler rides away, think about what you infer from this sound from your current perspective placement in the universal extension of thought. Can you recognize the influence of others in your thoughts about the sound? Can you separate the sound from all that you are inferring, making it purely sound with no meaning at all? You can’t, can you? Practice doing this a few times each day with something you see, read, or hear. Your world will soon seem bigger, more colorful, and much more dynamic. And with all of that, your perspective on the challenges we face today will change as well, and you’ll soon find that your input is much more effective, especially when you can find others who are doing the same.

Thank you for listening to this episode of Mapping the Medium. I hope you will consider sharing it with others. If you have interest in being a guest on this podcast, or would like to share your thoughts or show your support by donating or sponsoring, please visit www.mappingthemedium.com.

Until next time, be well, be safe, be alert, dialogue with others of different perspectives, and always watch out for those signs.